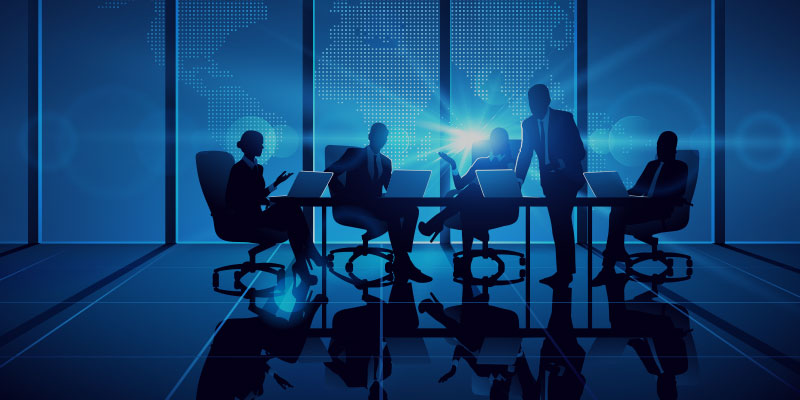 An entrepreneur & technocrat with 25 years of experience, Mr Ashok set up Futurenet Technologies in 1996 to focus on IT services. As an expert in IT Infrastructure and related services, Mr Ashok assists customers in aligning IT with their business. He provides consulting services to corporates in areas such as Bullet proofing IT Infrastructure (High Security & High Availability), blue print for cloud migration including business benefits, cost saving and risk mitigation. He lends his expertise to businesses with capacity to convert business/ functional requirements into bullet proof IT infrastructure and also advices on cyber forensics and information security.

With over 27 years of exposure and understanding of various models of IT Infrastructure, Mr Ashok as an L7 Consulting expert, heads teams that focuses on conducting detailed study of an existing IT landscape, conducts user group dialogues to understand where a business is headed and arrives at a composite plan to meet business objectives. The methodologies and deliverables for the engagement are the basis for a project plan or blueprint. This approach is accompanied by a unique engagement model that addresses the customer’s specific business strategies and includes expansion of monitoring footprint to accommodate growth. Mr Ashok has vast experience in building Data Center, Local Area Networking, Wide Area networking, Virtualization and business continuity planning.

Managing over 200 people work force with 2 level of managerial structure, Mr Ashok has successfully created service standards at Futurenet, with high levels of response and turnaround time. Due to the process driven approach, today Futurenet is known for its service delivery and commitment to customer satisfaction.

As a respected entrepreneur, Mr Ashok has received several awards and recognition from businesses and the industry. As a Rotarian leading Rotary Club of Chennai Midcity, Mr Ashok has successfully raised funds for worthy causes. He is also involved in mentoring mid-level managers as well as heads of businesses.

Mr Ashok is a well-recognized orator who has delivered noteworthy speeches on Leadership at renowned technology and human resource development forums including the HR Caucus 2013 organized by Voltech HR as a panellist on the topic “Bridging the Industry & Institutional Skills Gap”. (HR Caucus is a triangular forum of Academicians, Corporate HRs & Students), National Conference of Community Colleges organized by Swami Vivekananda Rural Community College (SVRCC), speaking on the topic “Industrial Partnership”. He has also addressed Cloud Connect 2013 organized by UBM Media Group as a panellist on the topic “Cloud Delivery Models- What works for your business”. He has also addressed several career guidance programmes for students on subjects such as “Readying for IT & Business Transformation” and “How to Choose Right Career”.

Akhil Kumar has an overall experience of 35 years in Management, Business Development, Marketing, and Solution selling in the Information and Communication Technology arena.

He started his career in IT Sales in India in 1985 and continued till 2003. He pursued his Sales venture in UAE for 2 years, and then moved his base to Qatar for 14 years in which majority of his experience goes with Ooredoo, a telecom provider, for over 7 years.

He is a proactive leader with expertise in Overall Management, which includes strategic Planning, Market Plan Execution, Account Management, Project Management, Pre-sales with skills in P&L Management, Competitor and Market analysis, and Target Marketing. He is an Out-of-the-Box thinker with proven track record of increasing revenue, establishing distributors / stockist and creating a teamwork environment to enhance productivity innovatively for reputed business houses. He is also a skilled communicator with abilities to establish beneficial relationships.

Mr. N. Sathasivam is a Chartered Accountant with over three decades of experience across various Industries like Tyres, IT, Chemicals, Telecom, Entertainment and Retail and business owner. Started his career with Dunlop in 1980 and worked until 1989 in various locations as Manager Operations and Product Manager. Joined in ICIM 1989 as as Treasurer and rose to Financial Controller before joining RPG Cellular as Vice President in 1995. The responsibilities include Finance & Accounts, Procurement and IT and part of the "Core Policy Team" TRAI, which is the independent regulatory authority for Telecom. His passion for music made him to join as CEO of Saregama Ltd, a leading music and entertainment company in India. During his tenure, he floated a subsidiary in UK, Saregama PLC (the first Indian company to do so) whose public issue was very aggressively priced and was oversubscribed. In 2002 he became the CEO of Music World Entertainment Company Ltd, India, is a premier music retailer in the country and was instrumental in introducing innovative retail formats. Number of outlets increased from 16 to 41 during his tenure.

From 2017 he started the path of independent Consulting on Systems & Processes, Strategy Consulting, Operation Consulting, Management Audit and Funding.

He is also a Co-Promoter and Trustee for the Chennai Business School since 2006.

Mr V N Sundharam, an IT professional with over 3 decades of Software Development experience, has worked in various EDP functions.

With his vast knowledge on software application development and business engineering systems covering wide Enterprise applications, Mr Sundharam’s knowledge is spread across commercial applications like financial accounting including payable/receivable, Sales, inventory, logistic and human resources system. He has successfully implemented many application systems in areas of on-line and off-line systems, both in integrated and independent environments.

Mr Sundharam is a Post Graduate in Mathematics and MS (System &Information) from BITS, Pilani and a Ph.D from Birla Institute of Technology, Ranchi. He has published 5 papers in international journals and 8 papers in National journals.